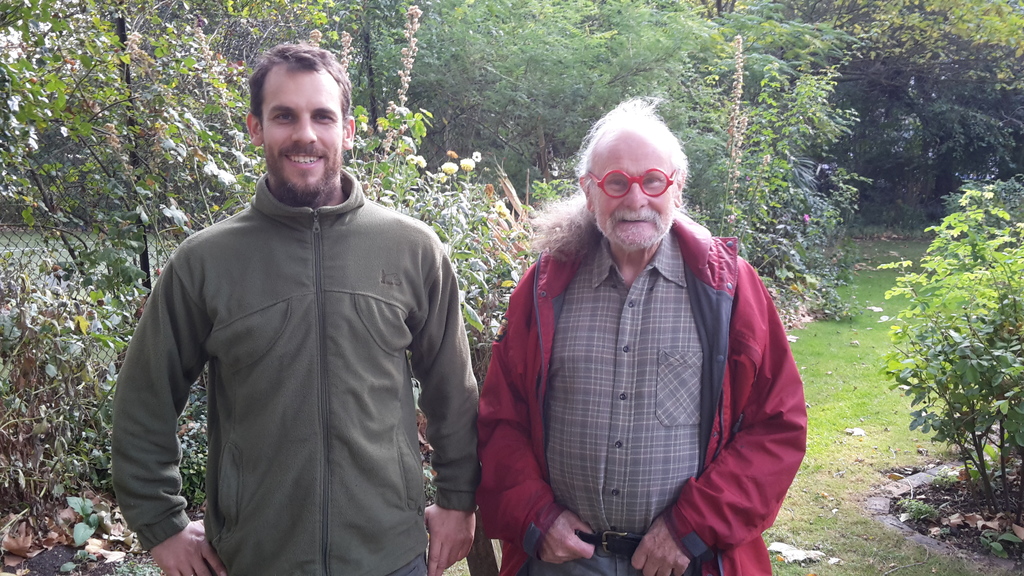 Roger Phillips MBE, (on the right) the Hon. Garden Manager, is an author of more than 30 books on plants and gardens, his best-known works being his books on Roses and Mushrooms. He took over running the garden in 1980 and started out by mulching and composting the dry infertile soil, so that now the garden boasts a dark loam in which all plants thrive. Under his stewardship and because of his inestimable knowledge of plants, the garden has developed a reputation as a plantman’s paradise, containing the National Collection of Ceanothus, in addition to a collection of over 100 old climbing roses and 120 different Camellias. The whole area is planted in a natural style allowing the plants to thrive as they would in the wild.

Pavel Votapek (on the left) joined Eccleston Square garden in 2016. He holds a Master’s Degree in Environmental Conservation from the University of Greenwich, and has extensive work in ecology, forestry and as an environmental consultant – in England Scotland, Australia and India. From 2013 he worked in London at various outdoor grounds, landscapes and private gardens before moving into private contracting with a specialism in horticultural services with nature conservation and biodiversity enhancements. Pavel holds numerous qualifications from the Chartered Institute of Ecology and Environmental Management and the Field Studies Council.

Neville Capil was the gardener from 2004 – 2016. He started out as a farmer and forestry worker in southern New Zealand and came to England in 2000, initially working on a strawberry farm where he learnt planting, propagating and pruning of strawberries and raspberries. His venturing far from home proved to be a blessing for our garden square: during his long tenure with Eccleston Square the garden won a number awards, including Best Garden Square and 1st Prize Large Private Garden Square in the London Garden Squares Competition. Neville and his family returned to live in New Zealand in September 2016.